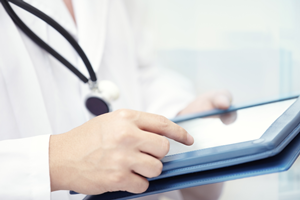 While the Texas Board of Nursing (“Board”) receives more than 16,000 complaints a year, not all of them lead to the Board taking any investigation or disciplinary action because many complaints the Board receives contains insufficient information about the nurse, are considered to be ‘minor incidents’, are not in the Board’s jurisdiction or sometimes are issues which even if proven, do not violate the Nursing Practice Act. The complainant’s identity is always kept confidential.

Depending on the type of closure decided and the Board’s retention policies, the complaint and all related evidence may be immediately expunged from the nurse’s file or retained for a specific period. In case the case was closed and its file retained, it will be reopened if the Board receives additional information, complaints or evidence before expunging the file.  In case the evidence proves that a sanction has to be produced against the nurse to protect the public, it requires an Order of the Board which includes both the sanction and other requirements placed on the nurse to retain his/her license.  Some possible sanctions are a fine, a warning, remedial education, probation, suspension, reprimand and revocation. While most Board Orders are public information and permanent designations in the nurse’s licensure records, successfully completed deferred disciplinary orders are an exception.

Nurses who don’t agree with their proposed orders can submit specific written suggested revisions to the proposed order for the Board to consider. If these submitted revisions are accepted, new proposed and agreed orders with the accepted revisions are sent.  Sometimes, at the Board’s discretion, nurses are invited to attend informal settlement conferences held a month or more in advance, at the Board’s Austin, Texas offices. The Executive Director or his/her designee conducts informal conferences which are attended by one of the Board’s attorneys, the Director of Enforcement, the assigned investigator and other Board staff.  The nurse and Board staff dialogue about the possible violations, evidence and acceptable settlement during each conference. Nurses are then informed about the panel’s recommended case disposition at the end of most of the conferences.  If the panel determines that there is a need of taking action to protect the public, then new proposed agreed orders are mailed to the nurses. Like other proposed agreed orders, the nurses can sign their orders before a notary and return it, or they may submit some suggested written revisions to be made to the proposed orders for the Board’s consideration.

It is when the orders are ratified that they become final Board orders and its terms are termed effective. Each final Board order’s copy is sent to the nurse and the last employer while complainants are also notified of the outcome. Generally, the Board’s disciplinary action is public information, and is a permanent part of the licensure record. The disciplinary action is printed on the Board’s quarterly newsletter and also reported to the National Practitioner Data Bank and National Council of State Boards of Nursing.

Formal Settlement Process:
If the Board and nurses cannot reach agreements for an informal settlement or if the Board cannot contact the nurses during investigation the Board files formal charges wherein the nurses have to file written answers to the charges. In case the required answers for formal charges are not filed, the case may lead to the revocation of the licenses by default.  In case answers are filed to the formal charges, negotiations towards agreed settlements are continued while formal public disciplinary hearings before the Administrative Law Judge (“ALJ“) is scheduled. Cases which do not reach agreed settlements proceed to hearings where the Board staff presents evidence while the nurses present their side of the case.  The ALJ submits a proposal for decision (“PFD”) after each hearing to the board where each PFD contains the Judge’s findings of fact and law conclusions. The Board then reviews and acts on each PFD by either imposing the appropriate penalties or by closing the case without any action.