California Board of Nursing Enforcement Program 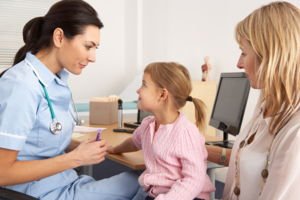 The main responsibility of licensing and regulating registered nurses in California is handled by the Board of Registered Nursing (“BRN”). It’s responsibilities stem from the Nursing Practice Act composed of California statutes which give BRN the authority perform functions like investigate complaints and to take disciplinary action against registered nurses. It is the Board’s Enforcement Program which handles these investigation and disciplinary functions. The Board of Registered Nursing’s Enforcement Program work at identifying the registered nurses who have engaged in unsafe activities which may put the public at risk.

The program’s responsibilities are divided into four main categories:

The BRN not only takes disciplinary action against a nurse’s license, but is also responsible for denying a license to individuals who make potentially unsafe practitioners. In case of denied applications, the applicant can appeal the denial following the same disciplinary actions.

Placing Complaints: Information alleging a registered nurse or applicant has violated the Nursing Practice Act through activities or behavior deemed inconsistent with professional responsibiites is called a complaint. Any person believing an unlicensed person is providing nursing care illegally or a registered nurse is acting in an unprofessional or unsafe manner should file a complaint as soon as possible. The two most common complaints are:

Once the BRN receives information or a complaint, a written notification is sent to the complaint within 10 days’ time. This information is reviewed to decide if the RN is eligible for BRN’s Diversion Program, if the BRN requires additional information or if the complaint should be forwarded to another agency with jurisdiction. Generally complaints are confidential and not publicly recorded during its investigation. However if accusations are filed, it is a matter of public record wherein the BRN will disclose the specific charges when requested. Imposed disciplinary action however becomes a permanent part of the nurse’s record, which is subjected to public disclosure.

Investigation: In case more information is required, it is gathered and then the complaint is forwarded to the Department of Consumer Affairs, Division of Investigations (DOI) for a thorough investigation. Sworn peace officers, DOI investigators conduct interviews, submit reports, gather evidence and refer cases determined of a crime to the District Attorney’s Office.

On completing an investigation, the investigator submits a written report of all findings to the BRN for review. The case is closed and the complainant is notified if no violation is substantiated.

Legal action: In case investigations prove that the nurse had committed a minor violation where the violation does not warrant any formal disciplinary action, the case is handled informally through the BRN Citation and Fine system. According to this system, the Executive Officer has the authority to issue fines and citations for minor violations of the Nursing Practice Act. If require, the nurse can also contest the citation and fine through an informal or formal appeal procedure.

Disciplinary Action: In case investigations reveal that the nurse had violated the Nursing Practice Act where the violation warrants formal disciplinary action, the case is sent to the Attorney General’s Office for review. With sufficient evidence, an accusation or legal document listing the charges is made and sent to the nurse. The nurse then has a chance to dispute the charges at an administrative hearing which closely resembles a court trial. Sometimes, the BRN may negotiate a stipulated agreement to have the case resolves in lieu of a hearing. According to the agreement, the nurse admits to the specific charges and agrees to the proposed disciplinary action. The Administrative Law Judge writes a proposed decision after the hearing which is sent to the nine-member Board for consideration. These members then decide on disciplinary matters to either adapt, change or reject the proposed decision.

In case the complainant is found guilty of violating the Nursing Practice Act, then the final decision may be to: